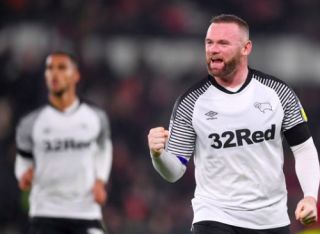 The tie holds significance as United’s top goalscorer of all time Wayne Rooney will feature for the opposition.

Rooney, now a player-coach at Derby, will be hoping the Championship side can get the better of Ole Gunnar Solskjaer’s men at Pride Park.

United have notoriously struggled against the lesser sides and we expect a tough cup tie against a riled up Derby side next month.

Derby currently sit 13th in the Championship, 10 points from the playoff places.

It will be the third Thursday night fixture the Reds will play in a row after the Europa League knockout tie against Club Brugge.

And it’s hardly ideal preparation for a Manchester derby less than 72 hours later when Solskjaer will be looking to get one over Pep Guardiola’s side for the third time this season.