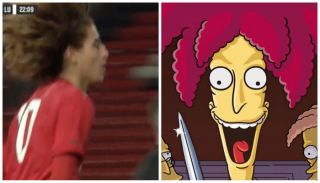 Leeds fans were heard chanting ‘Sideshow Bob, he’s f**king s*it’, which seems as though they were mocking Mejbri for looking similar to the Simpsons character because of his afro.

It’s been clear from the beginning of the match that they see him as a target man, so the kid must be doing something right.

The kid in question is 17-years-old. Do you think it’s fair game or uncalled for by these Leeds supporters to target a youngster with an X-rated chant?

Leeds are not renowned for showing much class either way. 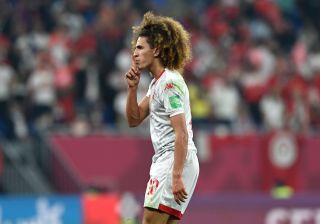 Listen out for the chant in the video below (footage courtesy of MUTV):