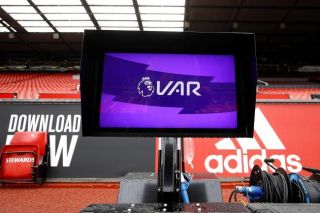 Many are of the view that the introduction of video technology for key decisions has not improved the game in the way that would have been expected.

Some calls have seen goals ruled out this season and there’s often a big delay. Not to mention that a number of top-flight managers have come out after games slamming the technology.

As reported by BBC Sport, a YouGov poll of fans found that 67% believe the game has become less enjoyable since VAR has come in. That’s a large number and you’d think the Premier League chiefs would take note…

But it seems the Premier League are going to ignore that and follow through with their plans for VAR. 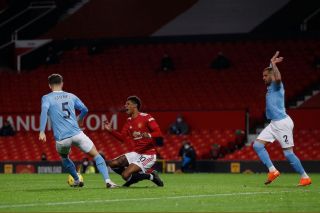 “Scrapping it is not an option — what we have to do is try and make VAR better.

“We are going to have a debate about what sort of VAR they would like next season and what improvements can be made to the system.

“It’s going to be a work in progress this season and next as we try to rebalance it so you get the positives of better decision-making and fewer of the perceived negatives about delay and sometimes confusion.”

Masters went on to argue that accuracy on decisions has been very high this season and Premier League viewing figures are on the rise.

“In key match incidents we are up to 94% accuracy with officials, 97% with their assistants, so we are seeing an impact on results and a positive impact on the league table.

“Obviously there are issues with consistency of decision-making and delays, which people don’t like.

“But I don’t think VAR is harming the product — attendances are up, TV audiences are up, the health of the Premier League is very good.”

Does it take too much out the game?

I personally dislike the wait after a goal is scored to see of it’s been allowed. Fans don’t know whether it’s time to celebrate or not.