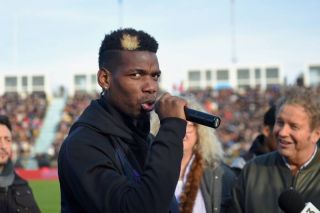 It’s ten years since Wayne Rooney expressed his concern at the direction Manchester United were heading in, under the ownership of the Glazers.

Our all-time leading goal scorer took the brave decision to knock on Sir Alex Ferguson’s door and inform him, that he wanted to leave United. Citing that the club would not match his ambition.

In a strongly worded statement, he said he did not believe the club would be able to sign the leading players needed to win major trophies.

READ MORE: Solskjaer explains how Man Utd had to ‘tear house down’ in squad rebuild

Granted, no player is bigger than the club. But this was a period whereby the likes of Cristiano Ronaldo and Carlos Tevez left the club and Antonio Valencia, Michael Owen and Gabriel Obertan were brought in. Even fans began to question the transfer policy…

Rooney enjoyed astonishing success at United under Ferguson but twice tried to leave the club – asking to be sold in 2010, with Manchester City leading the interest, as reported at the time by The Guardian.

Subsequently Wayne signed a new contract and apologised to his Old Trafford team-mates.

Fast forward to February 2020 and we face a similar scenario, this time in the rotund shape of Mino Raiola. Ruffling feathers and making statements, all in order to engineer a move for Paul Pogba.

The over opinionated super-agent said that Manchester United have failed to match the ambitions of the player and that a decision on the France international’s future will be made in the summer.

“But I saw him go back to United when people did not think he would go back. People tend to forget that. People tend to imagine that United was the only club that he could have signed for. He chose United.

Pogba may frustrate at times, but he can carve open defences with an inspired piece of play. Beyond the current campaign, it feels as though there are major doubts over his position as a United player. Based on Raiola’s comments, another summer of incessant speculation regarding the midfielder appears to be on the cards.

Rooney turned things around at United, going on to beat Sir Bobby Charlton’s goalscoring record. Showcasing his passion and desire to lead United from the front, digging deep and eventually being appointed club captain.

Unfortunately, with Paul Pogba, he clearly views his future elsewhere (via Manchester Evening News). He doesn’t want to wait 4 or 5 years, allowing the club a chance to rebuild and get back on track.

So even if the Glazers do decide to invest vast sums of money the summer, do not expect to see Pogba.