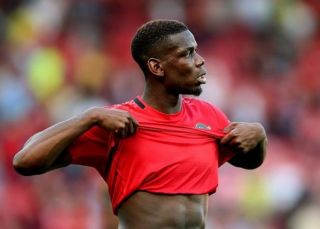 Paul Pogba has reportedly informed his Manchester United team-mates it is still his intention to leave the club.

And according to the Manchester Evening News, it seems his team-mates in question understand his stance and also feel it would be for the best if he left Old Trafford.

Pogba has hardly played this season due to injuries and his future has looked in doubt for some time now. In hindsight the United should have pushed harder to cash in on him in the summer.

The new signing of Bruno Fernandes should fill the void in midfield but more work is required to make United as strong as they need to be in the centre of the pitch. A defensive midfielder wouldn’t go amiss.

The MEN claims Pogba’s ‘head is not currently at the club,” and he remains of interest to Real Madrid and Juventus.

Although we wouldn’t lose sleep if Pogba moved in the coming summer, it’s important United get a good deal for the World Cup winner and put that money straight back into building the squad.

And we can’t say we’re surprised by this either. Pogba hasn’t shown much respect to the team or club this season.