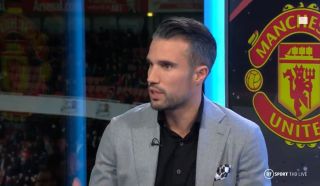 Goals have been a problem for Man Utd so far this season, with Ole Gunnar Solskjaer’s side managing just 36 in 25 Premier League games.

Top goalscorer Marcus Rashford has been ruled out for a sustained period with a serious back injury.

The striking crisis comes after the club decided to allow both Romelu Lukaku and Alexis Sanchez to leave last summer, and not finding a single replacement for either.

Sanchez wasn’t doing much and United tried loaning him out to gather interest for a permanent sale next summer, so we don’t really buy into what Solskjaer said about him coming back before the start of next season.

To not bring in a striker in the summer was complete madness. It shows that the board were never going to back their claims about supporting the new manager — choosing to fill our heads with rubbish about the ‘right players’ for the ongoing rebuild.

From watching United this season, everyone can see where the team is lacking in quality, and we’re miles behind the teams competing for the league title. Finding better players is not rocket science.

We suspect the club will bring in a striker in the summer, with Odion Ighalo’s spell at Old Trafford expect to last just six-months unless he has a huge impact on the team between now and the end of the season.

Van Persie has offered his advice to United in a Q&A on Twitter, and as seen below, he is adamant that PSG star Cavani should be on their radar.

The 32-year-old reportedly wants to move away from the Ligue 1 outfit and his current contract is set to expire in June. Atletico Madrid were a club said to be close to a deal in January, as per ES.

But while it would be a free transfer, United are well aware of Cavani’s salary demands and don’t want to be dealt with another situation like Sanchez.

Should United listen to Van Persie and sign Cavani in the summer?