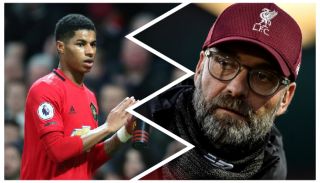 According to the Independent, Liverpool would sign both Rashford and Tottenham’s Heung-min Son if they weren’t playing for Premier League rivals, though it’s made very clear these two targets are not realistically available to them.

“The recruitment team and Klopp are big admirers of Heung-min Son and Marcus Rashford, as examples, but that interest is immaterial given neither are available to them.”

Credit to their scouts for picking out two players who would improve the current Liverpool side, although making the observation public is pointless to say the least.

Rashford has been United’s star this season in particular with the team now relying on the academy graduate for goals. However, that aspect of the team is lacking again with Rashford ruled out for the foreseeable future after sustaining a serious back injury.

United signed Odion Ighalo on loan last Friday hoping the ex-Watford striker can provide efficient cover between now and the rest of the season.

In a similar vein, Son has been excellent for Spurs in recent seasons and they would be lost without his presence in attack. The South Korean works tremendously hard and often finds himself in the right place at the right time.

But Liverpool fans should wise up and not expect one of these two brilliant attacking players to join them anytime soon.

It goes without saying that their strategy of signing Premier League proven players has gone up a mark or two, from the days of Andy Carroll or even Xherdan Shaqiri.

We acknowledge this is down to stupidity, but they are not stupid enough to make a move for Rashford. Right?