BBC pundit Garth Crooks observed one significant positive from Manchester United’s draw against Wolves on Saturday — unsurprisingly it was the performance of new signing Bruno Fernandes, who made his Premier League team of the week.

Writing his BBC Sport column, Crooks analysed the Portugal international’s display against Wolves and was full of admiration and praise for the new boy.

Crooks wrote: “The only glimmer of light for the beleaguered United boss was the performance of his new Portuguese signing Bruno Fernandes.

“The midfielder only arrived two days before they played Wolverhampton Wanderers and if this performance is a taste of what is to come from him, then things might be looking up for United.”

United opted to buy Fernandes after watching him impress at Sporting Lisbon. He’s a regular starter in the Portugal international team, along with class players like Cristiano Ronaldo and the up and coming Joao Felix, who left Benfica for Atletico Madrid in the summer.

Fernandes has United fans excited after his debut and everyone at the club is itching to see what impact he can make between now and the end of the season.

However, it’s important to note that Fernandes isn’t the solution to United’s problems in the final third, though he should make it easier to break teams down.

Then it’s up to Anthony Martial, Mason Greenwood or Odion Ighalo to get in the right places and take their chances.

See the full Premier League team of the week below: 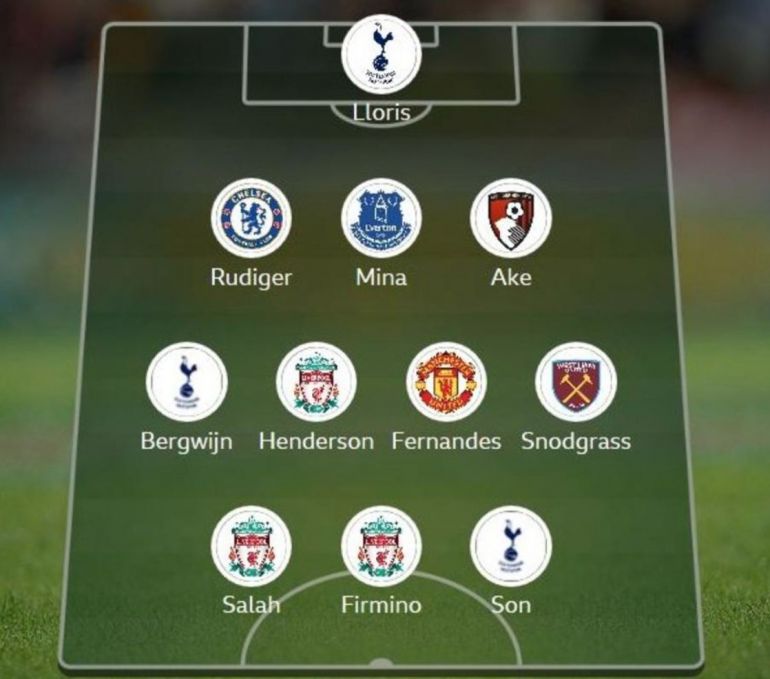