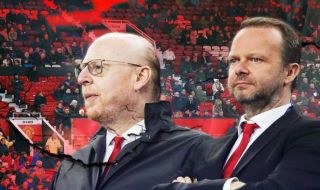 Since the walkout protest is the current hot topic, here’s my thoughts on why it fell flat on its face, and a potentially better avenue to try going forward.

The protest was originally planned for the 58th minute of the game closest to the Munich Anniversary. That immediate got people’s backs up, and instantly caused a resistance against the protest, for obvious reasons.

It was a silly idea, although I’m sure the initial thought process behind it was well-meant. It was a misguided idea to try to piggy back off Munich to achieve this protest’s aims.

The other reason for its failure, is the idea of a walkout.

Walking out, to a lot (majority) of fans is anti-football, anti-support. It’s turning your back on your players, your manager, your team. It’s just not the done thing. How many times do you see fans walking out with 10 minutes to go because their side is getting battered, and then get looked at with disdain because they’re too spoilt to stay and cheer on their side.

Us United fans pride ourselves in singing our lads off the pitch, win, lose or draw.

It’s what we do, it shows a bit of class.

Telling people to leave after 68 minutes (the time they later chose to try save this flailing idea) just wasn’t going to work, it never was.

It’s damn easy for the Twitter Firm who don’t attend games to sit on their high horse and tell everyone not to go or to walkout, it makes no difference to them, many rarely see Old Trafford in the first place.

The idea of a protest is supported by every fan, without a doubt.

But a protest needs to be done and handled in the right way, and done in a manner that the majority of fans will get on board with.

I’ve seen suggested, since the earliest mention of a walkout, about a sit in.

At the end of the day, a protest is basically seeking attention from the media, to illustrate the anger of the fans against the owners.

70 odd thousand fans refusing to leave a stadium after a game would get quite a bit of attention, wouldn’t it? Whilst singing anti-Glazer chants the entire time?

Everyone gets to stay and watch their football team, which is the sole reason for our love for the club after all, the team itself.

Then we all join together and refuse to leave the ground.

This reduces the amount of resistance amongst the fans, reduces the wildly varying and sometimes hot-tempered opinions, it makes it so much more achievable, in my humble opinion.

I’m of the firm belief that a protest needs to be led by someone/group that has the respect of the fans and who the fans will follow.

I don’t believe random lads throwing hashtags around on Twitter have that respect and will achieve anything.