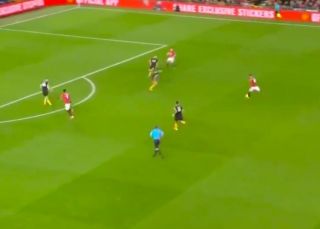 The spotlight was firmly fixed on Bruno Fernandes in yesterday’s 0-0 draw against Wolves at Old Trafford.

United’s new signing started in midfield just days after it was finally announced that he would join Ole Gunnar Solskjaer’s side.

And as debut’s go, this was a pretty solid start to Fernandes’ United career.

Although he couldn’t influence the game in contributing to a decisive goal, suggestions from rival fans that he was poor are way wide of the mark.

Fernandes was not shy of confidence won his first Old Trafford outing, shooting five times, three of which were on target.

He was also largely tidy on the ball, and looked the player most likely to create problems for the stubborn Wolves defence.

It’s early days in the Portugal midfielder’s United career and we look forward to seeing him over a run of games after the winter break as he acclimatises to the Premier League.

See his highlights below:

Imagine thinking this is a bad debut 😂
pic.twitter.com/J5AYPX2hnX