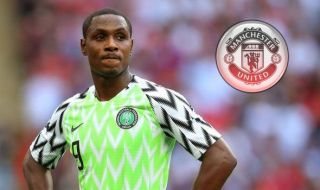 Ighalo, 30, made the loan switch from Chinese Super League club Shanghai Shenhua until the end of the season.

A boyhood United fan, Ighalo has shown in an interview that he clearly loves the club and is delighted to get his dream Old Trafford move.

But there can be no denying that this was a transfer born out of complete desperation to bolster the squad with Ole Gunnar Solskjaer bereft of attacking options.

United should never have been in the position where they were scrambling around for a loan deal in the final hours of the transfer window. If the club had planned their recruitment properly, Romelu Lukaku would not have been allowed to leave without a goalscorer coming into replace him in the summer.

However, Solskjaer named the reasons United eventually went in for the former Watford man.

“He’s a different type of striker – a proven goal-scorer, a physical presence,” Solskjaer said, as quoted by the Evening Standard.

“It gives us a chance to rest Mason (Greenwood) and Anthony (Martial) at times. We want to go far in the Europa League, FA Cup. It was important we have another type of striker to use.

The Ighalo deal is relatively low-risk in the sense that he will return to China at the end of the season. We hope he can come good and help the side but, in all honesty,  we have no idea how he will fare in a United shirt having not played Premier League football for three seasons.