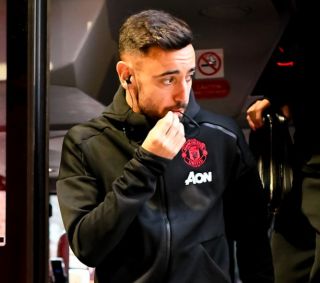 The Reds can go within four points of fourth placed Chelsea in the Champions League spots with victory this afternoon.

And the big news is that new signing Bruno Fernandes starts in midfield.

Many fans were concerned that the Portugal international would begin the match on the bench and only play a cameo role, but he starts in an attacking lineup alongside Fred and Andreas Pereira in midfield.

It remains to be seen where Fernandes will start the game; he may operate in a deeper role alongside Fred or in the number 10 role behind Anthony Martial.

Meanwhile, Luke Shaw is preferred to Brandon Williams at full-back  and Juan Mata comes back into the side.

Mason Greenwood drops to the bench after failing to influence the game against Man City.

We can’t wait to see Fernandes in action this evening!