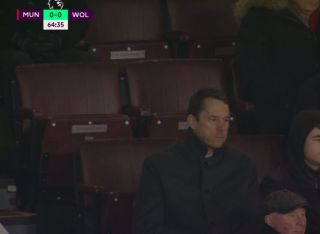 The planned 68th minute fan walkout in protest of the Glazer family ownership never materialised at Old Trafford this evening.

There had been much talk on social media of fans leaving early in the game against Wolves to make a stand against the neglect of the owners over the years.

But the stadium remained full as United chased a winner against Nuno Espirito Santo’s side.

Understandably, on a day where the Busby Babes were commemorated, fans chose to stay in their seats.

However, United fans still sang about their anger for the Glazers, as chants of ‘love United, hate Gazers’ echoed around Old Trafford.

Years of neglect and penny-pinching has left United in their current state as they look to claw back the gap on top four.

On what was Bruno Fernandes’ debut, Ole Gunnar Solskjaer’s side yet again failed to deliver at Old Trafford as they were held to a 0-0 draw by their resolute opposition.

Manchester United fans on twitter provided their reaction to the failed walkout.

At least Ed Woodward did the walk out 👀 #GlazersOut https://t.co/x7L3wg6QSz

Heard your mass walkout went well lads. Best get back to green and gold symbols in your twitter name

Empty seats where Ed Woodward and the Glazer Family should be. Maybe they're starting the walkout early #MUFC #MUNWOL pic.twitter.com/CcTL6kIefe

That Ed Woodward PR masterclass worked brilliantly for him. Not heard one protest song since and the supposed planned walkout simply hasn’t happened at all. @neilashton_ doing his job already 🤦‍♂️

The walkout shows how many tweeters go out to these games. Massive L #MUFC #mufcwalkout

I’m behind the walkout to send a message but it’s not going to do anything more than send a message, they have already got their money from them entering the ground so it doesn’t really make any odds 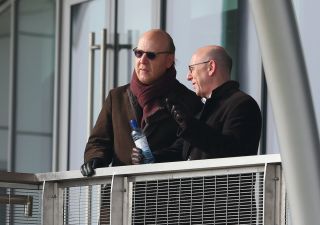