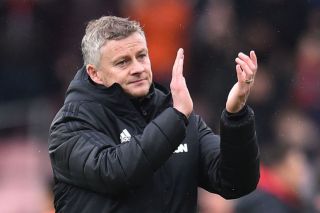 Although we don’t know how much was rejected for King, the report above suggests United could make a second bid for him on deadline day.

When asked in his press conference about a potential United move for King, Solskjaer told reporters (via Manchester Evening News): “I don’t think we will do any more business, no. I don’t think so.”

This could be a negotiation tactic to let Bournemouth know we won’t go over a potential second offer, if they decide to reject another, but it could also mean that United are stepping away from the deal and sticking with the attacking options they have until the end of the season.

Of course, only time will tell but Solskjaer hinted at sticking with the players he has currently, even though the striking department at United is light.

Asked if he’d sign a striker today, the manager continued: “I am happy with ones I have here.

“And with Bruno coming in we can play in a different way maybe. And of course with the centre-backs coming back lately and what we’ve done with three at the back, that might be an option to tactically change a bit.”

This suggests United won’t be spending more money this month, meaning deadline day will be a quiet one at Old Trafford.

I guess our excitement today should be on Fernandes making his debut tomorrow versus Wolves.