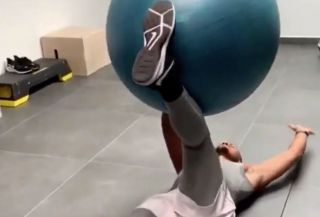 Manchester United were linked with a move for former West Brom striker Solomon Rondon earlier this week, as reported by The Guardian.

It goes to show how everyone is struggling to find strikers at the moment — with Tottenham also said to be in the market for a goalscorer after losing Harry Kane to a long-term injury.

However with Marcus Rashford sidelined, United also tried to sign Joshua King from Bournemouth but the offer was rejected earlier today, as per The Sun, knowing they cannot rely on Anthony Martial for goals between now and the end of the season.

But now Rondon has jumped to Twitter to hint that he’d be interested in a move to Old Trafford, with a video of him getting fit in the gym followed by the caption ‘Rule no.1: Always ready 💯”