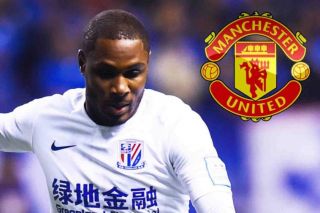 According to Sky Sports, Manchester United are in talks to sign former Watford striker Odion Ighalo.

The report rates the likelihood of a deal before the 11pm transfer deadline at “50-50” as Man Utd try to sign to sign the Shanghai Greenland Shenhua striker for the remainder of the season at the very least.

A bid for Bournemouth striker Joshua King was rejected today, as per The Sun, but United have continued their search for cover in the absence of the injured Marcus Rashford after moving on from the Norway international.

United, who signed Bruno Fernandes from Sporting Lisbon on Thursday, host Wolves at Old Trafford on Saturday. While the Portugal international can play, it’s too late now to register a player in time to play this weekend.

Ole Gunnar Solskjaer has Anthony Martial to lead the line currently, with Mason Greenwood the only back up option. The latter is far too inconsistent to be our main source of goals for the rest of the season if we’ve got any chance of finishing in the top four.

Do you think United should sign Ighalo? Sky Sports add that Tottenham have failed to sign him on a six-month loan deal.

We feel the squad not only lacks quality but depth also. That may be the reason they are apparently looking to bring in a player on loan.