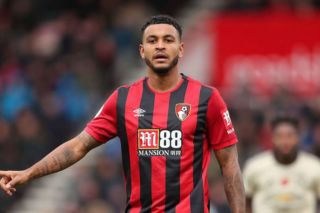 Although Ole Gunnar Solskjaer says he doesn’t expect to do anymore business this month, it looks like the Manchester United will make a second offer for Bournemouth striker Josh King, as reported by Sky Sports.

All eyes are still on United in the dying hours of the January transfer window. The Red Devils need a goalscorer to replace Marcus Rashford for the remainder of the season as it remains unknown when he will return from his long-term injury.

However, it looks like United are still working to bring King back to Old Trafford. He is a player Solskjaer knows as he managed him in the reserves during his time at the club.

David Ornstein of The Athletic claims King wants to join United and is ready to move up north!

It all depends on whether an agreement can be reached between the clubs, but Ornstein states that Bournemouth are actively looking at replacements for the striker.

Josh King wants the proposed transfer from Bournemouth to Manchester United to happen and is ready to head north if an agreement can be reached between the clubs @TheAthleticUK #MUFC #AFCB https://t.co/zCMPShAokj

This looks like one that could go right down to the wire on deadline day.

Eddie Howe refused to rule out King’s departure earlier today as the deal could be out of his hands.