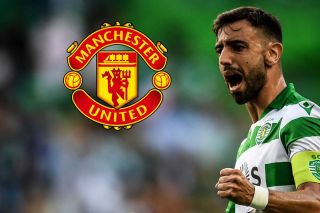 Bruno Fernandes looks set to be announced as a Manchester United player.

A photo is circulating online of the Portugal international wearing a Man Utd tracksuit with what looks like a contract on the table.

We can only presume that the gentleman stood beside Fernandes is his agent.

Check out the photo below (don’t think anyone can try claim it’s a Photoshop):

United fans have had to wait a long time for Fernandes’ arrival.

Negotiations with Sporting Lisbon have gone on for a month, with the two haggling over valuations.

Now it looks like he’s set to be announced as a new signing by the club.