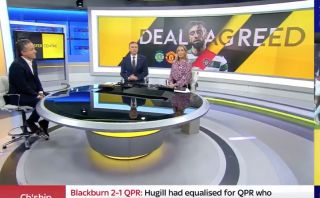 A deal has now been agreed between the two clubs and we’re awaiting an official announcement at some point this week.

‘It is almost done,’ Solhekol says on Sky Sports News with lawyers in Lisbon working on the paperwork to complete a deal.

There’s an outside chance Fernandes could be involved against Wolves this weekend as Man Utd look to get their Premier League season back on track. The arrival of Fernandes should give the team a push in their attempts to clinch a top-four spot.

But what changed last night after a month of haggling over a transfer fee?

Solhekol explains in the video below, as per Sky Sports, with a suggestion that Portuguese super agent Jorge Mendes deserves credit for getting the deal over the line.