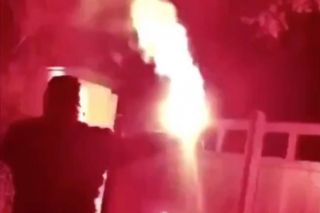 There’s been plenty written and said about the happenings at Ed Woodward’s home last night, but clearly he’s not been affected to the point that he wanted to stay in tonight.

It doesn’t matter if you think it’s genuine or was a PR stunt, the images from the attacks was pretty disturbing and it will go down as an ugly scene in the club’s history.

Woodward has missed a lot of United’s recent games but he’s been seen taking his place to watch them this evening:

Ed Woodward in attendance. Not been at the previous #mufc games pic.twitter.com/QDG80zlFda

It’s been well publicised that he’s been the subject to a lot of songs and chants from angry home fans at Old Trafford recently, so it’s possible that he feels safer attending away games for now.