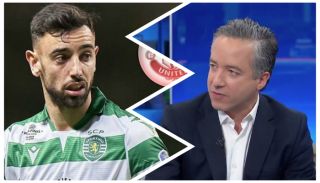 We are bringing you all the latest as Manchester United close in on the signing of Sporting Lisbon ace Bruno Fernandes.

After a month-long saga, haggling over a deal, Sky Sports tonight claimed that Man Utd had made an increased offer of £46.6m plus add-ons for the Portugal international.

Now it has emerged that “a deal is now close” with United confident they’ll get the transfer done before the deadline on Friday at 11pm.

“A deal is now close.. Man Utd are confident” @SkyKaveh has the latest on Manchester United’s improved bid for Bruno Fernandes. #TransferTalk

If United are confident about a deal, it’s the first we’ve heard about that this month so it definitely sounds like progress has been made, with a change in achievable add-ons.

This news is developing quickly and we expect an announcement over the next 48 hours.