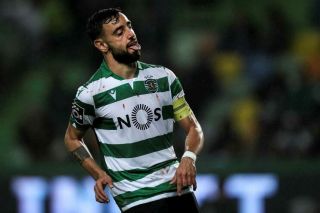 According to Portuguese newspaper Record, Manchester United have agreed a deal with Sporting Lisbon for the transfer of Bruno Fernandes.

Record claim that Man Utd will pay an initial fee of €55m (£46.6m) for the Portugal international, with the report also adding that Sporting could net a further €25m (£21.2m) in add-ons.

The story highlights that €10m of those bonuses are achievable — and could involve milestones such as X amount of appearances made for the Red Devils during his time at the club.

James Ducker of The Telegraph claims United are pretty certain to get Fernandes now, on a 4-and-a-half year deal with an option of a further year. A medical has provisionally been scheduled for Thursday but could be brought forward!

Medical provisionally pencilled in for Thursday but could be brought forward #mufc https://t.co/PHEiRyMh6K

With the potential value of the deal being €80m, it’s amazing to think United passed on the opportunity to sign Fernandes in the summer when a player of that ilk was needed just as much.

Fernandes has contributed an impressive 15 goals and 14 assists in 28 appearances across all competitions this season, so there’s a good chance he will improve United in the final third, which will be needed more than ever with Marcus Rashford out for a sustained period.