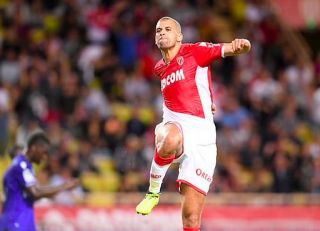 According to the Daily Mail, Slimani has asked to end his loan at AS Monaco ahead of a potential short-term switch to Old Trafford.

It is claimed that Ole Gunnar Solskjaer is desperate to bring in a striker ahead of Friday’s deadline, but United have been told they will have to pay £4m for the 31-year-old’s services until the end of the season.

Slimani has netted seven times in 13 appearances in Ligue 1 this season, as well as contributing seven assists. It appears the Algerian international is one of the only realistic options for Solskjaer to bring through the Old Trafford door with just a few days of the transfer window remaining.

If these reports are to be believed and United have a serious interest in Slimani, it shows the board have failed Solskjaer once again this month. It’s hard to see how a player like Slimani would fit into Solskjaer’s style of play, even though there is an understanding he would be brought in as a back up option.

A striker signing should have been prioritised this summer as soon as there was an inkling of Romelu Lukaku’s exit to Inter Milan.

Marcus Rashford’s long-term injury means Anthony Martial and Mason Greenwood are now Solskjaer’s only striking options and it appears the club is desperately scouring the market looking for numbers to bolster the depleted squad.