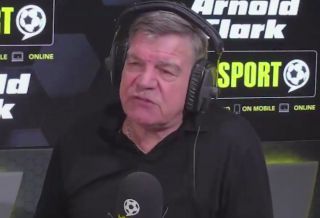 Sam Allardyce believes Manchester United must sign players before Friday in order to save their season.

As of yet, we have still seen no incomings at Old Trafford despite the incessant need to bolster a depleted squad.

At least two midfielders and a forward should have been prioritised in this month’s transfer window but, remarkably, it looks like Ole Gunnar Solskjaer could enter February without any additions.

As reported by the Independent, the club are prepared for the fact that no major signings could come through the door this month.

But Allardyce believes that if Solskjaer does not acquire the targets he wants, results will not improve and his position as manager will be put under threat.

While Solskjaer must take responsibility for much of the poor showings on the pitch, he is being given little if any chance of succeeding by the incompetent board who have failed him by so far only bringing in three new players in three transfer windows.

See what ex-England manager Allardyce had to say below, courtesy of Talksport:

“If Ole doesn’t get support to buy better players then results won’t improve.” ❌

“Managers take the can but you’re only as good as the players you’ve got.” 🙏

Sam Allardyce says #MUFC must buy this week to save their season.