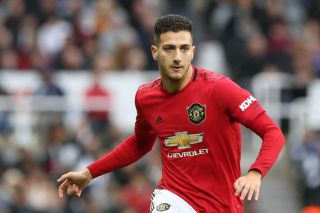 Ole Gunnar Solskjaer has named his starting eleven to face Tranmere Rovers in the FA Cup fourth round at Prenton Park this afternoon.

The Reds need to get back to winning ways after Wednesday’s humiliating 2-0 defeat to Burnley and Solskjaer has named a strong side in an attempt to avoid the risk of disaster against the League One strugglers.

There has been lots of talk about the state of the playing surface United will have to contend with, which will certainly be a factor in today’s game.

But United have far superior quality and that should be enough to see progression to the tournament’s fifth round.

Sergio Romero starts in goal ahead of the rested David De Gea. Victor Lindelof also comes back into the side after missing the defeat to Burnley in midweek.

Diogo Dalot is handed a start on the right in what could be a five-at-the-back formation with three central defenders selected.

See the team news in full below, courtesy of Man Utd’s official twitter: