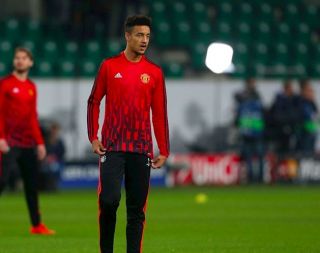 Manchester United defender Cameron Borthwick-Jackson has joined Oldham Athletic on a loan deal for the remainder of this season.

The 22-year-old left-back broke into the United first at one stage under Louis Van Gaal, making ten appearances for the Reds.

But he has struggled to impress in the Football League and the move to struggling League Two side Oldham is his fifth loan spell away from Old Trafford.

It would appear unlikely that the youngster will have a future at Old Trafford as he drops down the leagues in his spells away from the club.

Brandon Williams has been excellent for the Reds since breaking through this season, establishing himself as Ole Gunnar Solskjaer’s first-choice left-back.

We expect Williams to be a mainstay in the role for years to come, with his ambition going forward and controlled aggression in defence mightily impressive for a 19-year-old.

We wish Cameron the best of luck in his loan spell.

Welcome to the club, CBJ! #oafc