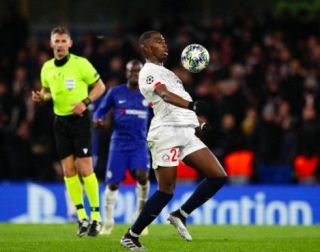 According a report from Sky Sports, Soumare was set to sign for Chelsea or United in the January transfer window with both clubs holding talks for the 20-year-old midfielder.

The Lille youngster has shone this season in a box-to-box midfield role, making 23 appearances in all competitions. He also notably impressed against Chelsea in the Champions League group stages.

But Lampard was quick to rule out a switch for the Frenchman.

“I am aware of him, but [he is] not on my radar for this window,” the Chelsea boss said, as quoted by Manchester Evening News.

“There is choice. It’s not the ideal window, history has proven that. It is about getting the choice right. The club know my thoughts on it.”

It is claimed Soumare’s decision on his next move will be made after Lille’s clash with Paris Saint-Germain on Sunday.

While Sky Sports’ report says he is going to make a move to United or Chelsea, we aren’t holding our breath over the Reds getting this one over the line.

But Ole Gunnar Solskjaer needs midfield additions and Soumare has been touted as one of the most talented youngsters in the French league.