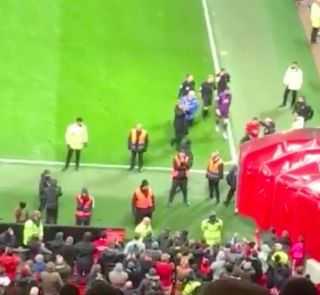 Manchester United’s 2-0 defeat to Burnley was humiliating and prompted more questions over the competency of Ole Gunnar Solskjaer in the role of manager.

The Reds were abject at best against Sean Dyche’s side, with little urgency on a flat and miserable night at Old Trafford.

United are a club in deep trouble, and Solskjaer himself even admitted they can’t cling on to the fact they remain in fifth position. This is largely down to the inconsistency of other teams around them.

Many fans are justified in suggesting Solskjaer is not the man that can take United back to the top. The Norwegian has no managerial pedigree and we have seen little if any improvement since he was appointed on a permanent basis.

But we can’t hide the fact that the problems at the club lie far deeper than the manager position.

Any manager, whether it be Mauricio Pochettino or Massimiliano Allegri, would struggle under the control of Glazer ownership and Vice-executive chairman  Ed Woodward.

We sympathise with Solskjaer as he is not getting the support he needs and is being forced to contend with perhaps the worst United squad in 30 years.

With just seven days remaining in the transfer window, it would be shameful if at least two new signings aren’t brought in to help Solskjaer boost a completely depleted squad.

Solskjaer has the backing of the large majority of match going supporters, which was evidenced at the final whistle after the Burnley defeat.