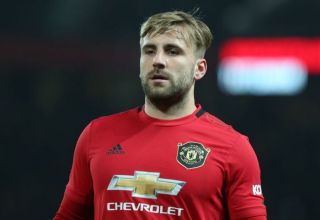 These are difficult times for Manchester United made worse by the fact Burger King now feel they can joke about us.

It’s common for brands to jump on the bandwagon to get some easy PR points, and even Burger King have started making jokes about United players.

The joke came after a Liverpool fan detailed just how badly he wanted his team to ruin Man Utd at the weekend, and it involved Mohammed Salah humiliating Luke Shaw to the point he would ‘be sent back to Burger King.’

Burger King hit back — continuing the joke — and suggested that they wouldn’t hire Shaw, by saying. “It’s bold of you to assume we would hire Luke Shaw.”

It’s bold of you to assume we would hire Luke Shaw https://t.co/t0fwn6IhRJ

Shaw has had his injuries and fitness struggles. Now he’s behind Brandon Williams in the pecking order for left-backs at United.

Aged 24, with eight seasons of Premier League under his belt, Shaw has every chance of getting back into the manager’s plans but he has a lot of work on his hands.

He won’t be getting back into the England anytime soon.