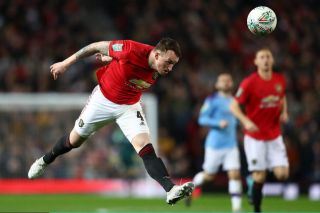 Ole Gunnar Solskjaer has named his Man Utd starting eleven to face Burnley in the Premier League, after being dealt a major injury blow to Marcus Rashford who will be on the sidelines for a while.

Manchester United could go three points off fourth placed Chelsea in the league standings with a win tonight. Frank Lampard’s side conceded a late equaliser in their 1-1 draw with rivals Arsenal last night.

Tonight gives us a chance to keep our top four hopes alive so you’d think Solskjaer will get a signing in the January transfer window, but time is running out.

The manager has kept his cards close to his chest on the transfer front thus far, apart from when explaining why United didn’t land Erling Haaland, and we can’t help but think tonight’s starting line-up would be strengthened by the possible arrival of Bruno Fernandes.

Tonight we will see how United cope without Rashford on the left, and it looks like Solskjaer has gone for a 4-3-3 which will often look like a 4-3-1-2 when we’ve got possession.

Phil Jones comes on to replace Victor Lindelof at centre-back with the Swede nursing an illness. Maguire captains the side, while Aaron Wan-Bissaka and Brandon Williams start at their full-back roles.

Juan Mata looks set to operate either on the right flank or in the no. 10 role behind Daniel James and Anthony Martial.

With top four in sight, no excuses if they don’t pass the test tonight.