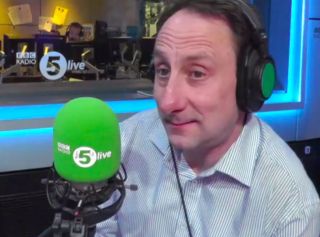 Just 10 days remain in the January transfer window and Manchester United remarkably look no closer to signing a player.

Ole Gunnar Solskjaer desperately needed at least two reinforcements to his squad this month, but there is now a serious concern amongst United fans that there will be no incomings at Old Trafford.

United’s two best players this season Marcus Rashford and Scott McTominay are out for lengthy periods, and perhaps the most talented player in the squad Paul Pogba has also been sidelined for the majority of the season.

READ MORE: (Video) Sky Sports reporter claims Man Utd have fallen behind on and off the pitch

The pursuit of Sporting Lisbon midfielder Bruno Fernandes has been well documented this month.

Fernandes, 25, is the exact type of player that Solskjaer should be looking for; a playmaker with quality on the ball and a fantastic goalscoring record.

The Portugal international scored 32 goals in all competitions last campaign.

There had been a hope a deal to sign Fernandes would be wrapped up pretty quickly, but we are now unsure whether this transfer will actually happen.

As reported by Duncan Castles of the Daily Record, United are still haggling over a fee for a player they need so urgently.

BBC Sport journalist Simon Stone said on 5 Live Sport that Fernandes is not viewed by the club as a player that could transform the squad, which means the Reds are not willing to pay over the odds.

See the clip below, courtesy of 5 Live Sport: