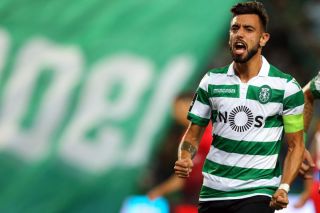 Assistant manager of Sporting Lisbon, Emanuel Ferro, has provided an update on the future of Manchester United target Bruno Fernandes.

There has been constant speculation surrounding the future of attacking midfielder Fernandes this month, with the 25-year-old hotly tipped to make his way to Old Trafford.

This comes amid another incredible campaign to this point, as Fernandes averages over a goal contribution per goal, and looks set to make the biggest move of his career.

Although reports suggest Manchester United have been the club pushing hardest for the Sporting star, they have been unable to agree on a deal until this point and time is running out.

Ole Gunnar Solskjaer needs an attack-minded midfielder and Fernandes fits the profile perfectly. It may come down to value (whether we get him or not) but it would be a massive risk to go persist with what we have for the rest of the season.

Jesse Lingard’s struggles are keeping him out of the team, and while Juan Mata has performed brilliantly over the past month, we can’t be relying on a player who is clearly past his best.

Ahead of Sporting’s next fixture — a League Cup meeting with Braga tonight — assistant manager Emanuel Ferro was drawn on Fernandes’ future during a pre-match press conference.

Ferro confirmed that Fernandes will be part of Silas’ squad for the game, as per A Bola:

‘He trained and will be in the squad.’

He then pushed the view that Fernandes is not thinking about a transfer this month:

‘There is a lot of talk about him leaving. I believe that outside people feel this more than us. We don’t feel it. We don’t feel Bruno’s thinking about leaving. He is competitive and involved.’

Meanwhile, the English media claim Fernandes wants to join United, as reported by The Telegraph.