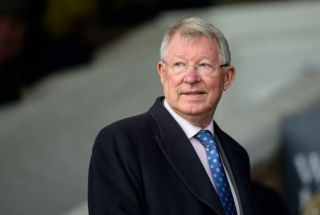 We don’t hear from Sir Alex Ferguson as much as we’d like these days.

It was interesting to find a video on Twitter (@ManUtdUniverse) this morning showing the Manchester United legend give his opinion on the current squad.

These are challenging times for the club — both on and off the pitch — but Ferguson overcame many battles whilst manager of Man Utd.

The Scot singles out Brandon Williams, Mason Greenwood and Scott McTominay for praise this season.

He argues that United have always done well with giving youngsters opportunities.

Hopefully the three players he mentions go on to great things at United. They’ve played really well in the first team this season.

Solskjaer deserves credit for getting the best out of all three — as well as Marcus Rashford, another young talent from the academy.

You could argue that these are solid foundations for future success.