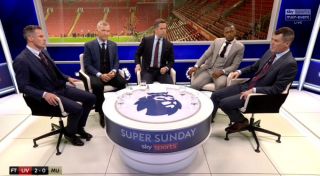 The pair were in the studio as Manchester United travelled to take on Liverpool at Anfield.

Despite losing the game 2-0, and being way behind our arch rivals, Keane argued that Ole Gunnar Solskjaer deserves more time as Man Utd manager.

The Irishman puts recent struggles down to bad recruitment by the club — without actually naming Ed Woodward for being the one responsible.

Carragher doesn’t take long to interrupt when José Mourinho got mentioned. He accuses the former United midfielder of hammering the Portuguese when he was in charge at United, explaining that struggles are caused by bad coaching too, but Keane stuck to his cuts and urged the club to give Solskjaer more time.

Watch the debate below (clip courtesy of Sky Sports):

Who do you agree with? Tell us on Twitter: @StrettyNews. 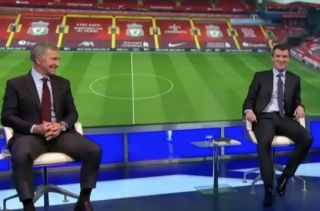