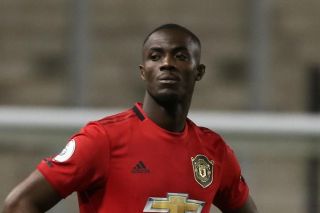 It sounds like Manchester United will be without Marcus Rashford for today’s match against Liverpool — and for a longer period too.

The Telegraph claims Rashford faces some time out on the sidelines after sustaining an injury in the FA Cup clash against Wolves on Tuesday night.

Fans are entitled to question both Ole Gunnar Solskjaer and Rashford for this injury, though. The manager had planned to rest his forward versus Wolves, with one eye on the Liverpool game, but changed his mind by bringing him on in the second half.

Rashford didn’t last long on the pitch before needing to come off. We needed a goal before he came on and scored one before he was substituted. Still, Solskjaer will admit his decision backfired.

Solskjaer needs to get his tactics spot on today. There will be no room for mistakes at Anfield against the Champions of Europe, at the strongest they’ve been in my lifetime, and Rashford’s injury could spring a surprise in the starting line-up.

The Norwegian has confirmed that Eric Bailly is part of the squad, as per the Manchester Evening News, and we think the Ivorian could come in as the manager switches the formation for the match.

We suspect Solskjaer will go for a 3-5-2 formation in attempt to add more firepower to his midfield with Rashford’s absence.

United have struggled to create and break down teams from midfield this season — making them a renowned outfit for counter-attacking the better teams.

Liverpool will want to win the game today so there will be opportunities to counter-attack.

Bailly is suited to a back three and, if it does happen, is likely to play along with Harry Maguire and Victor Lindelof. He is quick and speed is needed against Liverpool attacking duo Sadio Mane and Mohamed Salah.

This changes our view on United’s predicted line-up to face Liverpool.

You won’t find most teams in the Premier League playing with a front two which could inflict problems for Liverpool’s two centre-backs.

James and Martial are quick enough to drift and stretch Liverpool’s defence and that could be massive in today’s game.

If it works and Bailly has a positive impact on the defence, we could see Solskjaer use this formation more often.