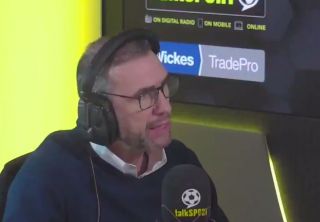 Ole Gunnar Solskjaer confirmed in Friday morning’s pre-match press conference that the England international was to be handed the captains armband on a permanent basis, replacing the departing Ashley Young.

As reported by BBC Sport, Young is set to join Inter Milan and is due in Italy for a medical today.

Maguire has settled in well at Old Trafford and was the obvious choice for Solskjaer as next skipper, despite only being at the club for four months.

He is a guaranteed first-team starter, has shown leadership skills and is one of the most experienced members of this United squad.

Keown says he knew Maguire was destined for the top from his days at Sheffield United and has been impressed by his rise.

See the clip below, courtesy of Talksport.

"I think he's quite magnificent the way he dominates in the air." 💪