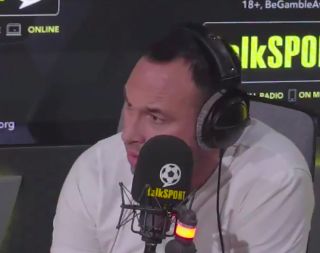 Brandon Williams’ performances have been so impressive of late that he is now in the conversation for an England call-up for the European Championships this summer.

Remarkably, Williams wasn’t even selected in United’s pre-season touring party to Australia and Asia this summer, but has now all but established himself as Ole Gunnar Solskjaer’s first choice left-back at Old Trafford.

The 19-year-old has shown maturity far beyond his years since being given his opportunity due to Luke Shaw’s injury earlier this season.

Williams has made 16 appearances for United in this campaign, and has impressed on almost every single outing.

The academy graduate has arguably been the breakthrough star of the season, with his controlled aggression in defence matching his ambition to go forward.

While it is early days and Williams is still inexperienced, it is conceivable that he could be picked in Gareth Southgate’s England squad this summer.

He has surpassed Luke Shaw in the United pecking order, and only Leicester star Ben Chilwell stands out as a guaranteed left-back option for the England manager.

“Let’s look at England’s LB choices for the summer…” 🤔

“I think it’s him and Chilwell!”

“He’s definitely in the conversation for the Euros.” 👊@JasonCundy05 assesses whether Brandon Williams will make England’s #EURO2020 squad. 🏆 pic.twitter.com/duWqZfWwWD