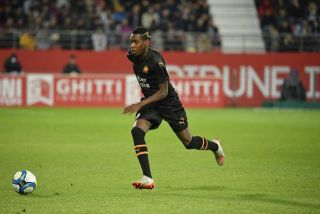 According to The Sun, Manchester United are amongst the sides that are interested in signing Marseille starlet Isaac Lihadji.

The report claims that the 17-year-old’s current contract is set to expire in the summer and a new contract is unlikely given that talks have broken down with Marseille.

French media outlet La Provence claim that it was Marseille who pulled out of contract talks with the highly rated youngster. Their report adds that the winger’s entourage are keen on being offered a three-year contract worth €10,000-a-week (£8.5k).

Lihadji has featured twice in Ligue 1 for Marseille, but he hasn’t featured since the end of October — which could be a matter of Marseille playing hardball after contract negotiations broke down.

Arsenal are another Premier League outfit said to be interested in Lihadji. The Gunners tend to boast a squad that includes many Frenchman or players who made names for themselves in Ligue 1 before joining the London club.

At United, he’d have fellow countrymen to help him settle too, with Anthony Martial and Paul Pogba.

Solskjaer is in the process of building a new United squad with young and hungry players.

Time will tell if Lihadji is part of that.