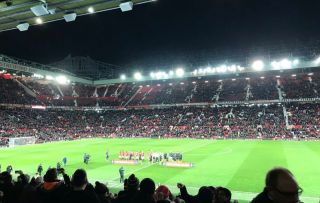 Manchester United host Wolves in an FA Cup replay tonight and there looks to be quite a few empty seats at the Theatre of Dreams.

It remains scoreless at Old Trafford after Wolves had a Pedro Neto goal ruled out, thanks to VAR.

If we were to take a guess, there definitely looks to be less than 60k people at the match tonight.

Manchester Evening News reporter Samuel Luckhurst shared a picture of some empty seats at Old Trafford, as well as an explanation as to why it isn’t a full house tonight.

Not a league game and it’s a replay no one wanted but still quite striking how sparse the stadium is tonight. Wolves didn’t want their 15% allocation, either (pic doesn’t do it justice) #mufc pic.twitter.com/2yob94Om3d

Wolves are currently doing their typical mocking of the atmosphere, but they didn’t even want their 15% allocation…

Stick with us for updates throughout the game. 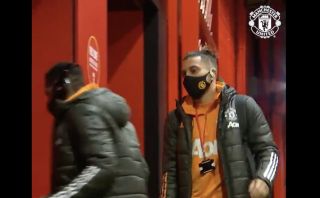