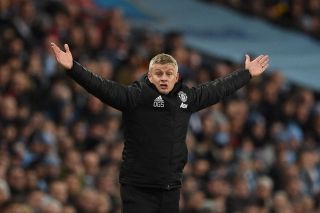 There are several reports on Manchester United’s decision to cancel their training trip to Qatar next month due to security concerns.

The Red Devils had planned a warm-weather training camp in the first week of February but tensions between Iran and the USA have forced the club to cancel.

Ole Gunnar Solskjaer and his players are now set to travel to a base in Europe instead.

“We were looking at the Middle East, but that is definitely not going to happen,” said the United manager, as quoted by the Daily Mirror. “If there’s one thing that worries me, it’s not on the football pitch — there are other things that will worry me more than football.

“I’m going to give them a few days off. I don’t know where they will all scatter around, but we will stay in Europe.

“This mid-season break will be very important for everyone and we have five or six games until then.

“We’re just going to stick at it, hang in there until then, get the performances and results we hope we’re going to get and then get some vitamin D and get ready for the last three months.”

Vitamin D? What is he talking about? Annie Eaves of Sport Witness offers an explanation via Twitter:

Vitamin D as in «delightful», which we Norwegians are!

But seriously, this is a wise decision from the club as you just don’t know what will happen next between Iran and the USA.

United have previously travelled to Dubai and Qatar for winter training camps but will spent the break closer to home this year.

The Red Devils still have a hectic schedule before the break so he’s hoping we go into it in a stronger league position. Our next Premier League match takes place on Sunday against arch-rivals Liverpool.