Bruno Fernandes’ agent has dropped a big hint that the Sporting Lisbon midfielder could be set for a move to Manchester United.

According to the Telegraph, Ed Woodward held talks with Sporting president Frederico Varandas in London last week with a view to reaching an agreement for Fernandes.

Ole Gunnar Solskjaer needs a creative player of his mould to provide a spark in the middle of the park. Fernandes’ goalscoring ability is not currently something that can be replicated by the United midfield.

It’s understood in the above report that Fernandes is keen on securing a move to Old Trafford.

One of his two agents, Rui Guimaraes, last week stirred up rumours of a switch as he ‘liked’ a tweet from Rio Ferdinand hinting at an imminent deal.

And on Tuesday, Guimaraes fuelled the speculation again by ‘liking; an Instagram post from WhoScored referring to Fernandes’ ‘impending arrival’ at Old Trafford.

‘LINK IN BIO FOR THE LOWDOWN ON MAN UTD’S IMPENDING ARRIVAL: BRUNO FERNANDES,’ the post said. 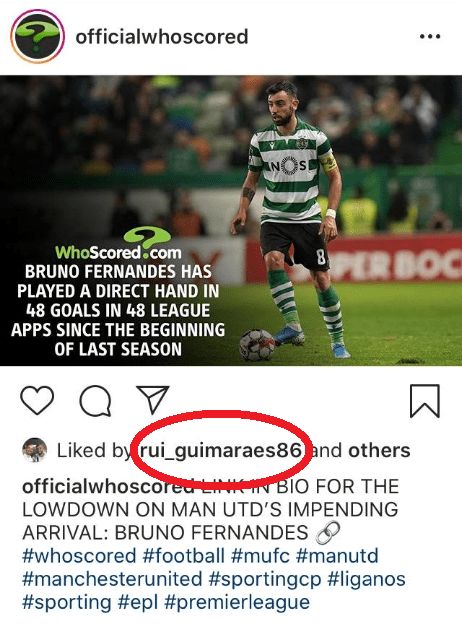