According to James Ducker of the Telegraph, Fernandes has expressed his desire to join the Reds this month and talks are underway between the two clubs.

Many United fans were hugely frustrated this summer that the club failed to complete a move for the player, despite the fact is seemed obvious that creative options needed to be boosted.

And Ole Gunnar Solskjaer is clearly intent on finally getting his man this month; the 25-year-old could improve United immensely if a deal can be finalised.

Fernandes can operate in the no 10 role or in the no 8 central midfield position. But in Solskjaer’s current system, the Portuguese international would most likely play the furthest forward in midfield ahead of a  pivot in the 4-2-3-1 formation.

Solskjaer would get the most of Fernandes in the no 10 role, ahead of Jesse Lingard and Andreas Pereira. He offers the quality on the ball that the academy graduates simply haven’t got and he would be most effective finding spaces in between the lines to provide the link between midfield and attack.

A player of Fernandes’ mould would work well against a low block when the onus is on United to score. He has the ability to produce defence-splitting passes, which would be perfect for forwards Anthony Martial and Marcus Rashford that are often starved of clear-cut chances.

His potential partnership with Paul Pogba in midfield is also an exciting prospect for United fans.

Here’s how a full strength United could line-up if they sign Fernandes this month. 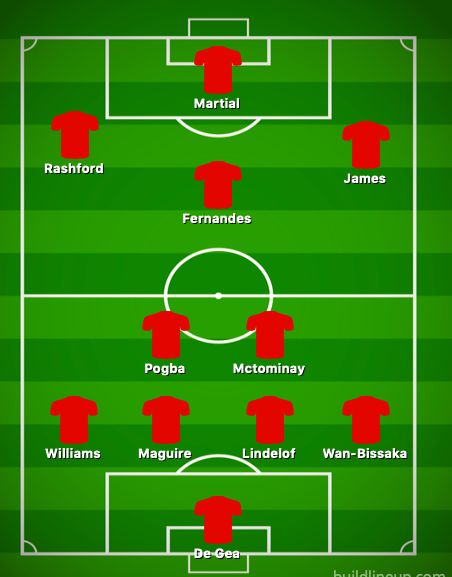