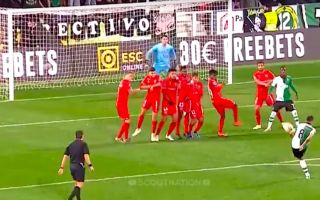 Bruno Fernandes is the name every Manchester United fan is talking about at the moment.

The Sporting Lisbon captain is in talks to sign for the Reds in this January transfer window, after he was heavily linked with a move to Old Trafford in the summer.

As reported by BBC Sport, Fernandes wants to move to United this month, but no deal has yet been agreed.

Ole Gunnar Solskjaer needs to sign a playmaker to bolster his creative options, and Fernandes could provide the solution to many of United’s problems.

The 25-year-old has scored 8 times and contributed 7 assists in just 15 league appearances for his Portuguese club so far this season.

He can operate in the number 10 position, or on the right hand side of a midfield three, and possesses a wonderful passing ability and is never reluctant to shoot.

Anthony Martial and Marcus Rashford could benefit hugely from his defence-splitting passes, and he would undoubtedly weigh in with his share of the goals himself if is to make the move to Old Trafford.

Watch the video below, courtesy of ScoutNation, that shows exactly why United should sign the midfielder in this transfer window: