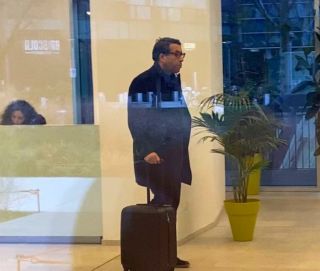 It looks like Tahith Chong could be the latest player to leave Manchester United.

The 20-year-old’s agent met with Inter officials in Milan on Tuesday, and has reportedly been offered to Antonio Conte’s side.

That’s according to reliable Italian journalist Fabrizio Romano, who is often accurate when it comes to transfer news.

Chong has just months left on his current deal, and it does not seem likely that he will be renewing his contract at Old Trafford.

The Dutch winger has made just two starts in the Europa League under Ole Gunnar Solskjaer and is clearly keen to play more first-team football.

We have seen Chong excel at age group level for United, scoring some stunning goals and putting in some brilliant performances.

But unfortunately, as of yet we have not seen him replicate the same kind of form in the first-team. While Chong may not have been given sufficient chance to shine as of yet, it looks difficult for him to break into Solskjaer’s side with the emergence of Mason Greenwood pushing him further down in the pecking order.

Ideally, we would like to see Chong sign a new contract at United and loaned out to gain first-team minutes, perhaps in the Championship or a lower Premier League side.

However, according to Romano his agent has met with Inter chiefs today ahead of a possible exit from Old Trafford.

Exclusive: Inter just met in Milano with the agent of Tahit Chong. He’ll be free agent on next June and has been offered to the Italian club. Many teams interested in him. 🔴 #MUFC #ManUnited #Inter #transfers pic.twitter.com/xOy3nGKdQI