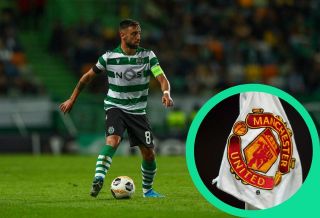 Fans have been calling for Manchester United to strengthen their midfield, and Bruno Fernandes is reportedly keen to join from Sporting Lisbon.

That much has been brought to light by James Ducker of The Telegraph. This deal could well happen in the coming weeks, but is Fernandes the man to solve United’s issues in the centre of the park?

A look at Fernandes’ stats will excited fans with the prospect of him arriving at Old Trafford this month.

He’s an attacking midfielder who both creates and scores goals with consistency. Aged 25, you can see why Ole Gunnar Solskjaer wants to add the Portugal international to his squad.

Like United, Sporting are inconsistent at best, and sit fourth in the Primeira Liga. Fernandes is responsible for pretty much everything that happens in the final third of the pitch — an area United desperately lack quality in.

Jesse Lingard has gone backwards and Juan Mata isn’t cut out for more than one game per week as he’s kicking on. It’s time to consider options in the transfer market because none of the young lads coming through look suited to that No 10 role.

Both this season and last, Fernandes has averaged a goal or assist per league game, as per The Telegraph. He registered 33 in 33 appearances (20 goals and 13 assists) last term and currently has 15 in 15 appearances (8 goals and 7 assists) for this campaign.

He is renowned for shooting a lot. No matter where he is in the final third, if there’s a chance to have a pop at goal, Fernandes won’t think twice about trying to work the goalkeeper.

It bodes well that Fernandes is able to find positions to shoot so often.

Given he has played behind a lone striker in a 4-2-3-1 formation this season, Fernandes should fit into Solskjaer’s tactical plans immediately.

Jumping from the Portuguese Premeira Liga to the Premier League may take time though. He will need to learn to play a more disciplined role — but maybe we should look to Man City’s Kevin De Bruyne and hope the Sporting star has a similar impact on the current United side.

This is a player who can also sit deep in midfield and pick out defensive splitting passes. The Red Devils need a player of that mould against teams that play with a low block.

Solskjaer is crying out for a creative player to provide the link between their midfield and attack.

Injuries have been a real hindrance this season with Paul Pogba missing most of the campaign, and the World Cup winner has now been joined by Scott McTominay on the sidelines.

However, United have more than a creative issue in midfield. There is also a need for a new defensive midfielder to protect the defence and also play that deep-lying playmaker role Michael Carrick was renowned for during his time as a player at the club.

Bruno Fernandes has the potential to be a top signing for United.