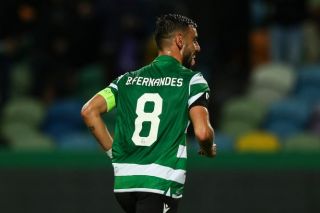 There is no secret that Manchester United need to strengthen in creative areas in this January transfer window.

Ole Gunnar Solskjaer has persisted with Jesse Lingard and Andreas Pereira in an attacking midfield role this season; both of whom have traits that are desirable in certain games, but neither have the quality on the ball that is so important.

It’s well documented that Lingard has failed to register or goal or assist for the Reds in the league for over a year, whereas Pereira has just one goal and three assists this season. The pair work well pressing from the front in a counter-attacking set-up away from home, but when the onus is on them at Old Trafford against a low block, that’s where the problems lie.

Juan Mata’s performance on Saturday even from the right-flank, albeit against poor opposition in Norwich, showed the chances that can be created for Marcus Rashford and Anthony Martial when the quality is there.

The name that is on everyone’s lips at the moment is Bruno Fernandes. The Sporting Lisbon midfielder was heavily linked with a move to United in the summer, but Solskjaer has clearly stepped up interest in the hope he can join in January.

According to BBC Sport, United officials have held face to face talks with Fernandes and he wants the move to Old Trafford this month.

Fernandes has 13 goals and 10 assists for Sporting in all competitions this season and is exactly what Solskjaer needs in attacking midfield.

But according to Manchester Evening News, Fernandes is not the only playmaker the Reds have their eye on.

The Reds are said to have drawn up a shortlist of four potential targets, with Fernandes the priority this month.

Jack Grealish, James Maddison and Donny Van de Beek are all being considered by the club.

Leicester’s Maddison is said to have been identified as the priority transfer target in the summer, with an understanding it would be impossible to complete the deal in this window.

Meanwhile, Solskjaer is also said to be an admirer of Villa skipper Grealish and a move for Ajax star Van de Beek would rest on United securing Champions League qualification.