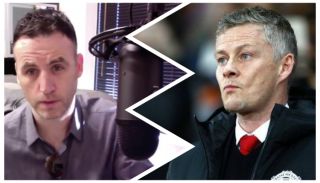 Friend of ours at Stretty News, Phil Brown has provided a juicy piece of intel on Manchester United via social media.

The host of respected football podcast Beyond The Pitch claims that Man Utd have been in talks with former Tottenham manager Mauricio Pochettino, starting a few weeks ago.

According to Phil, Pochettino does not want the job now but in the summer instead, as long as his requirements are met by the club.

Watch Phil’s update on United and Pochettino below via Twitter:

But Phil added he would have more information about this on his podcast later.

Ole Gunnar Solskjaer is currently in charge at Old Trafford.

Perhaps the United board has had enough of the Norwegian tactician and feels Pochettino would be a significant upgrade on Solskjaer?

And, could this see Solskjaer move to another role within the club?