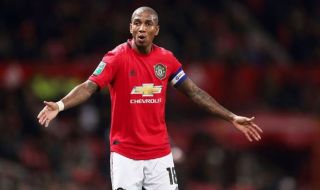 It’s being reported that two more clubs have joined the running to seal the transfer of Manchester United veteran Ashley Young.

It’s been widely reported by BBC Sport and other respected outlets that Young is keen on leaving Man Utd this month for Inter Milan.

And now it seems Inter could face competition for Young’s signature. Fellow Serie A side Lazio appear interested, while Crystal Palace may also be in contention to try keep him in the Premier League, according to The Sun.

Young may be one of the less popular United players, but Ole Gunnar Solskjaer could probably do with the versatile wide-man for cover given United’s injury problems this season.

The club should be looking to move Young on but first they need to add to the squad which is very thin at the moment.

However, it’s not easy to do business in the middle of the season. Solskjaer has made it clear he will only sign players if they fit into his plans.

Inter would probably be the best option available to Young. They’re currently pushing Juventus to the Serie A title and Antonio Conte looks like he’s building something at the San Siro.

He may be looking for a player with Young’s experience. A model professional as well.

Andi Thomas of SB Nation has done a fantastic article on Young’s potential sale and how there’s no better representation of United than trying to keep the past it full-back.