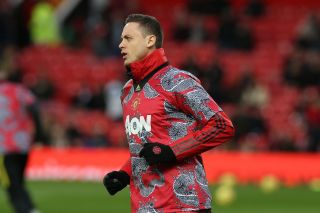 Manchester United could be forced into extending Nemanja Matic’s contract as Ole Gunnar Solskjaer deals with a midfield injury crisis.

The 31-year-old is out of contract in the summer and is permitted to talk to clubs around Europe this month — as is the usual practice when players’ contracts are set to expire.

It is thought that the Red Devils were willing to let him leave during the current transfer window, with AC Milan interested, as per the Daily Star.

But Solskjaer has well-known problems in central midfield, and needs to recruit this month to bolster his options in the centre of the park.

Paul Pogba has just had surgery on his ankle and will be out for another while. There are also rumours the World Cup winner could leave Old Trafford — if not this month then in the summer — and with Mino Raiola posing as his agent, you never quite know what the future holds.

The manager is without Scott McTominay too, leaving him desperately short of options.

Fans may point to youngsters James Garner and Dylan Levitt but they are not ready to be playing games every week, in the first team.

It is claimed by The Sun that club chiefs spoke with Matic’s entourage earlier this week to explain the situation.

United fear losing him on a free transfer, and told him they plan to trigger the 12-month extension option in his contract.

The player’s reaction is unknown.