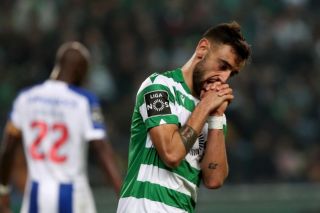 There are even suggestions that United are confident of striking a deal for Fernandes in January.

According to DN, cited by Sports Mole, the Red Devils are willing to offer two players in exchange for Fernandes as part of the deal.

That apparently includes Marcos Rojo, who played for Sporting before joining United in 2014.

Rojo’s days at Old Trafford are numbered because — even when fit — he doesn’t play regularly and is likely to move in search of more game time.

Injuries to Scott Mctominay and Paul Pogba has left Solskjaer with more to think about in terms of midfield selections. United are light in that department and the team is crying out for a quality creative player.

While United were linked with a move for Fernandes in the summer, it’s important to ask why they didn’t work on a deal then? Why all of a sudden is he deemed to the missing part of the jigsaw?

It only paints a worse picture of our recruitment strategy — which seemed slightly improved over the summer.